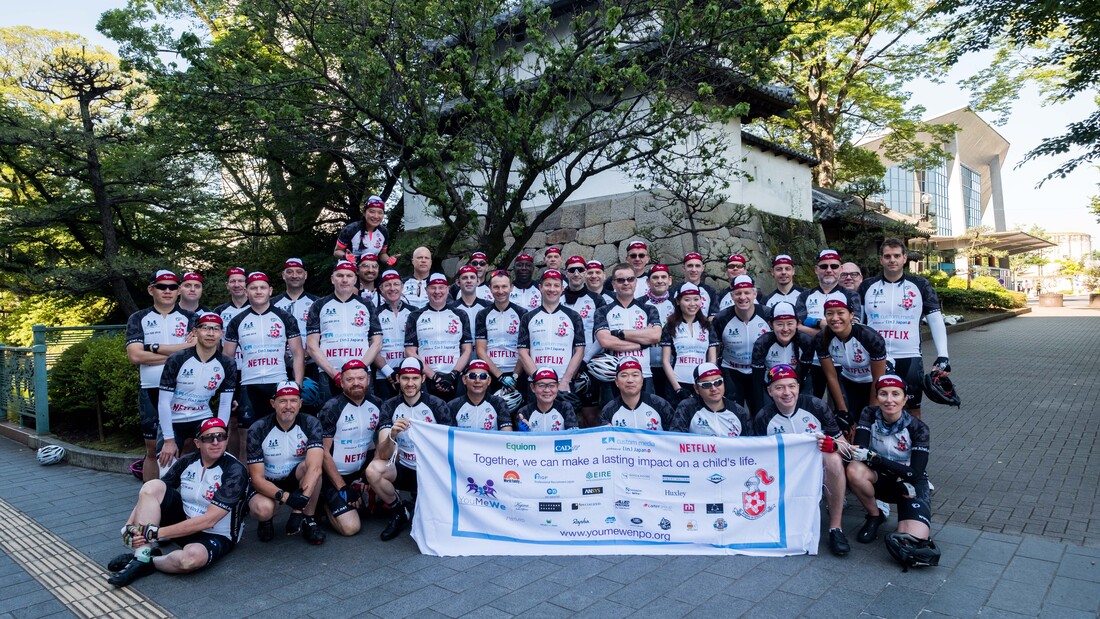 The 42 Knights and Knightesses of the 2019 peloton successfully and safely crossed the finishing line after nearly 500kms of grueling riding from Takasaki, through Yuzawa, Niigata and Aizu Wakamatsu, ending in Fukushima on June 16th where they met the kids in the care home for whom they were raising funds. Not a dry in the house as the kids greeted them waving the flags of each of the 14 countries represented in the peloton.

After two hot, cloudless days from Takasaki to Niigata city, the riders were greeted by leaden skies on the morning of Day 3 as they rose from their slumber at the ANA Crowne Plaza in Niigata city. Already knowing they faced an uphill 150km ride (after having done 262kms the previous two days!), the forecast was for gale force winds straight into their faces as they headed east inland. Having negotiated the city limits, they were soon encountering 50 km/h head and cross winds, resulting in three riders being blown off their bikes. It was just too dangerous to continue so the day's ride was abandoned and the cyclists boarded the train for Aizu Wakamatsu. Some brave riders got off early and continued their journeys by bike, thankfully without incident. It was one of those days when our already important support car drivers became indispensable. The onsen and early happy hour did not come too soon! The karaoke room also took its biggest beating for a number of years, showcasing some extreme and not so extreme singing talent! And shameless exhibitionists.

Rain once again greeted the riders on the last morning but mercifully, the winds had abated. Only 100kms to go so a bit of H2O was not going to deter them as they left the hotel and went almost immediately into a long climb onto a plateau beside the beautiful Lake Inawashiro. Well we think it was beautiful, we could not see it!!! Coming down off the plateau, the riders were greeted by sunny weather which further buoyed the spirits as the riders congregated in a waiting area near the children's home, before their grand entrance.

Many months ago, Michael Clemons, the Founder of the YouMeWe NPO, warned us while desperately trying to conceal a giggle, that there was a 'small' hill to encounter just before the home. He was telling porkies. After 500 kms, a massively steep and long climb just before we were supposed to be all smiles for the kids as we arrived, was almost a bridge too far! No wonder we found it hard to find Michael when we arrived! Eventually we all rolled in as the kids waved their flags and gave us all lovely big smiles. That alone made the pain of the previous 4 days all worth it, and put everything into perspective.

The hour or so spent at the kids home was for many, the highlight of the ride. The chance to really connect with the whole reason for it in the first place. A smile can paint a thousand words, and there were tears when the kids gave each rider a certificate of achievement and a personalized 'thank you' note for their efforts. The elation of a huge personal achievement coupled with the emotion of receiving love and appreciation from children who have barely received it themselves embodies KIWL's message; get fit and give back.

And then there were beers. Many many beers. And what goes on in Fukushima, stays in Fukushima!

Lastly, we want to thank all our sponsors, supporters and donors for the tremendous support we have received. As we were watching the YouMeWe video at the kids home, a page popped up announcing we had raised just over Y10 million for the children. What a moment that was. But its not how much we raise, it is what is done with it. YouMeWe will invest it in IT education, namely coding and programming and with those attained skills, the kids go to their communities and educate the elderly in the use of modern day devices. The circle completes. With those skills come better prospects for their future employment, breaking the cycle of the children following similar poor choices their parents made, and their own kids also ending in care. Education is power, we aim to empower them through YouMeWe for a better future. It's got nothing to do with us cycling long distances, its everything to do with the great work YouMeWe does with marginalized children who deserve much better. We just help them facilitate it. 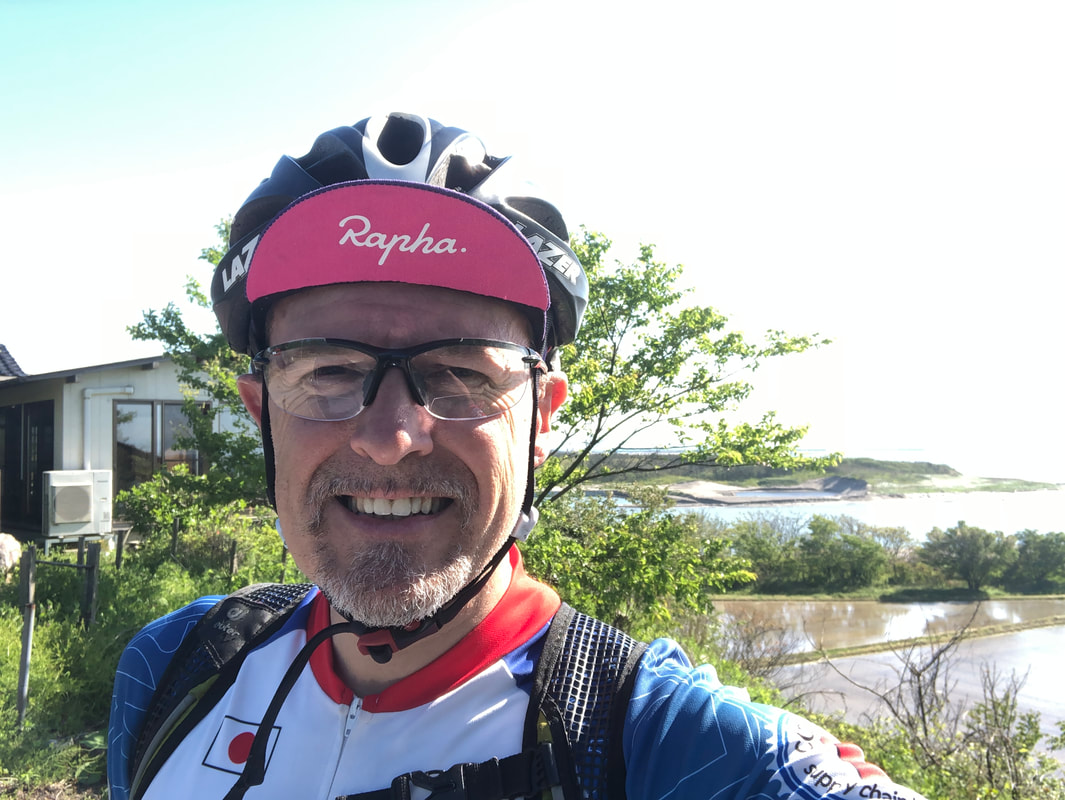 Together, we can have a lasting impact on a child's life