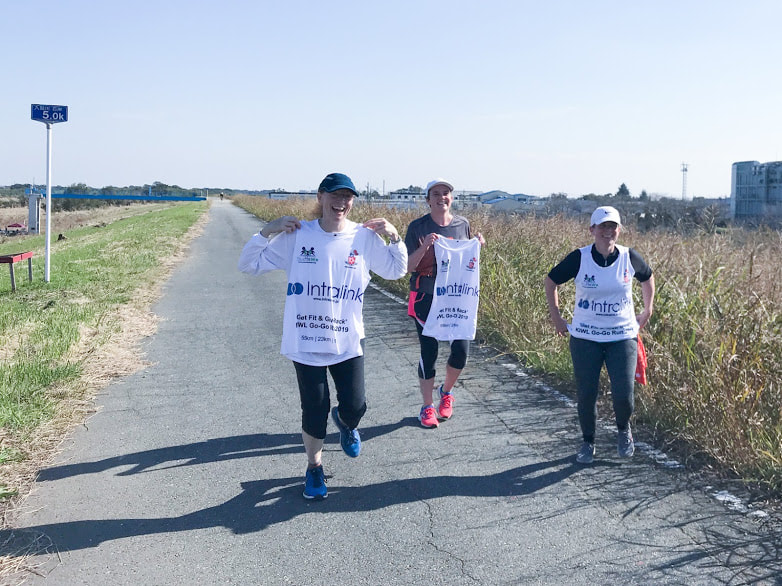 KIWL GO-GO's from STRENGTH TO STRENGTH!

On Saturday 9th November 2019, 30 runners - the largest number ever - and volunteers got together for the 3rd Annual Knights In White Lycra Charity 'Go-Go' Run to support NPO YouMeWe . YouMeWe’s mission is to help children growing up in institutionalized homes obtain essential independent life skills for when they eventually need to leave as young adults.

For the 2019 running event, 7 runners ran the 55km course, 16 the 22km and 7 the 10km. Altogether the 30 runners clocked up a cumulative 807km! Their entry fees, along with corporate sponsorships generated funds of US$6,589.16 - about ¥720,000. The funds were used to give four Macbooks to Saitama Ikujiin, the facility for kids-in-care where the run always officially finishes. In the three years KIWL have put on the Go-Go Run, we have raised a grand total of about ¥2,150,000.

KIWL is hugely grateful to its 2019 running vest sponsors. Intralink as our main sponsor, Eco Marathon, Focus Core Group, and ZenWorks In-kind sponsor, Strava Japan was generous in donating running and cycling merchandise for the pre-run party at the FooTNIK Ebisu pub a few days earlier.

Some History
The “Go-Go” (coined by KIWL organizor Roger Berman) was first conceived in early 2017 since Roger was always frustrated at being unable to join the KIWL annual bike ride due to business trip conflicts. As a runner, he thought it would be great to Get Fit & Give Back with a running event, a sport not yet covered by KIWL. So, he contacted co-founder, Rob Williams to suggest a run in the hope that he or someone else would organize it. But in a Starbucks in Shimbashi, Rob soon told me “your idea, your baby!”.

With the inability to organize even a piss up in a brewery, he first thought about putting together a self-supported run going up to a kids’ care home in Tohoku. It would be a long-distance ekiden relay, covering 30km to 40km sections daily, following the route of KIWL premier charity event, its 500km/4 day ride.

However, that idea soon got overtaken by a more feasible suggestion. In 2017, KIWL was supporting NPO Mirai-no-Mori a charity that runs outdoor and back-to-nature programs for kids in care. They worked with Saitama Ikujiin, a kids’ care home in Kawagoe, Saitama. After brainstorming with others, we thought it would be awesome for the home to be the official finish, have the kids there greet the runners and then do a post-run fun event together.

This interaction of meeting the kids we support has become a prime motivation for the KIWL Go-Go Run. Also working with same home every year has helped us develop a continuing bond with the kids - the run is something they can look forward to every year.

A 55km distance was chosen for a rather selfish reason. Having turned 55 that year, Roger thought it would be a great way to celebrate by completing his first ever 55km ultra-distance run (anything over a 42km full marathon distance is called an ultra). Admittedly non-runners might scratch their heads why anyone would celebrate with a run of that distance! Also 55 can be pronounced “go go” in Japanese and the term worked well as a marketing slogan “Let’s go with the go-go”.

2017 and 2018 KIWL Go-Go Runs
The first Go-Go was held on Saturday 9 December 2017. It was a typical chilly winter day but we had blue sunny skies. To attract more runners, we offered a 21km half-marathon distance option in addition to the 55km. 14 runners ran the 55km and 11 the half; all the 25 runners along with our sponsors raised approximately ¥820,000.

We were thankful for the help from Manfred Froebe and the International Volunteer Group (IVG), who organize the annual Yamathon, in providing the essential volunteer support. Our running vest main sponsor was executive recruitment firm, Pathways with additional sponsors, Four Fox Sake and Sunshine Juice. In-kind sponsorship was provided by Keen Shoes Japan  and Hobgoblin Pubs Japan.

The second Go-Go, held on Saturday 10 November 2018, had a smaller turnout of 15 runners with 7 running the 55km and 8 the half, raising a total of ¥610,000. NPO Mirai-no-Mori was our charity once again with Manfred coordinating a volunteer group from Mirai-no-Mori and staff & students from the Tokyo International University (TIU). It was great and a stroke-of-luck that TIU’s campus was walking distance to the kids’ home. Our running bandanna sponsors were RGF Professional Recruitment, music band, 1Eyed Man, and brand licensing consultancy, ZenWorks. Hobgoblin Pubs Japan once again provided in-kind donations for hydration (of the non-alcoholic kind!).

KIWL Go-Go 2019
With two years experience already under our belts, for this year’s run we added a new 10km distance option to attract even more runners. A further exciting development was teaming up with Dr. David Sweet’s 7 Days 7 Marathons initiative whose fundraising also supported YouMeWe. We were proud to have David do Day 1 of his run with us.

Manfred and Roger did some course reconnaissance in late summer and after a typhoon, did a further recon a week before the run to check the Arakawa River. A few weeks had passed since the typhoon and while many of the sporting facilities on the rivers were still a mess, luckily the main paths were runnable.

We had a strong volunteer setup this year coordinated by Manfred. It was made up of a large team of students from TIU, ably led by Kelly Nelson and Laura Dzieciolowski, as well as helpers from YouMeWe and KIWL. We also welcomed the expertise of Juergen Wittstock, the organizer of Eco Marathon, who turned up on the day with his minivan full of race venue stuff such as podiums and a computerized timing system. Looking at all of Juergen’s equipment, Roger knew the Go-Go had gone “pro”! We also had mobile support from three cyclists - Hide Yatabe of YouMeWe (who acted as de-facto photographer), Jos Paques and Francesco Frova, both representing KIWL.

So Saturday 9 November came around and the forecast was looking like perfect running weather. We’ve always been lucky weather-wise though do remain cognizant that the Arakawa River can be unpleasant with wind and rain as it is unsheltered. We continue to respect nature!

The Go-Go course itself is simple, Starting on the Arakawa River on Tokyo’s northern outskirts, it heads upriver and merges onto the Iruma River where it reaches the interim finish area at Aina Water Park in Kawagoe, Saitama. On a clear day it is possible to see Mt. Fuji from the upper banks of the Arakawa. With the exception of a switch of riverbanks for the last 5km of the course, runners shouldn’t get lost if they remember the ditty, “River on your right and you’ll be alright”.

The 55km runners started at Kanegufuchi Station on the Tobu Skytree Line at around 7 a.m., hitting the river soon after. Volunteer shortages meant we were unable to provide a send-off to these brave souls but in retrospect, not having anyone there meant flexible starting times for the runners. Our only request was that these hardened ultra runners arrive at the interim finish area between 2 to 3 p.m.

We gave the 22km runners an organized send off with a not-too-early 11 a.m. start from Minami Furuya Station on the JR Kawagoe Line. The enthusiastic volunteers from TIU staffed the registration desk, took the runners bags (for delivery at the interim finish) and guided runners to the river 3km away where checkpoint 1 was located.

The 10km runners had a 5km out-and-back course from the interim finish at Aina Water Park. With a leisurely 12 noon start, this was the most relaxed of the three routes. With checkpoint 2 managed by Manfred and a friend, being 5km out from the finish, it served as  the U-turn for these runners and as the marker for the 55km and 22km runners to indicate that they were now on the home stretch.

Other than a couple of hiccups (including conducting a search-and-rescue for one lost runner - that’s another story!), all 30 runners arrived at the interim finish well before 3 p.m. Everyone was tired but in good shape. Volunteers from TIU provided enthusiastic welcomes, hot soups, rice balls and snacks. While the Go-Go is not a race of any sort, a nice touch was the podium ceremony put on for the first-to-finish runners by Juergen.

As for Roger, he ran the 22km coming in last but being back-of-the-pack has its merits, including getting the most cheers!!

Welcome By The Kids
The coolest thing was the welcome from the kids from Saitama Ikujiin who came to the interim finish with bundles of energy to recharge the batteries of the runners and volunteers. The kids were so excited to re-connect with runners and volunteers from previous years who they recognized, and to make new friends with first-time Go-Go participants.

The kids, their carers and everyone walked back to the home together, to be greeting by an official finish line tape and an enormous beautifully handmade banner with personal messages from the kids written on it. At the home, runners were presented with personalized cards by the kids and Finisher Certificates by Michael Perry Clemons, the founder of YouMeWe. Very heart-warming were the speeches by the kids including one in English.

The day finished off with a shuttle bus trip to Kachofugetsu Onsen Spa for a rejuvenating bath and a celebratory dinner party. Free transport to JR Kawagoe station was laid on afterwards and everyone was back in Tokyo by 10 p.m.

KIWL Go-Go 2020
If you’ve read this far, thank you! The good news is that the Go-Go will be on again in 2020. We’ve got a great set up now, having built expertise and improved the event over the past three years. Our organizational and volunteer teams are in place, as is the route and the relationship with Saitama Ikujiin.

The run is gaining awareness amongst the Tokyo running community. While the date (not yet set) always conflicts with at least one major marathon, it still appeals. The 55km run is good for a strong runner who has multiple full marathon experience and now wants to step up a notch. The 22km is a popular distance for experienced runners or those tapering towards a full marathon and the 10km is a distance that can be run or walked. So, we offer something for all levels of fitness. Most importantly, we connect with the kids we care about.

We hope this rather long post has encouraged you to think about joining us on the KIWL Go-Go 2020. Dates will be announced later in the year. In the meantime, learn more about KIWL at its website. And, if you want to stay informed, send your email address to info@kiwl.net to be added to the mailing list. Drop Roger a line at rmb@zenworks.jp for any direct feedback or comments you’d like to give.


Thank you for reading this far. Get fit, give back and have fun!

Together, we can have a lasting impact on a child's life 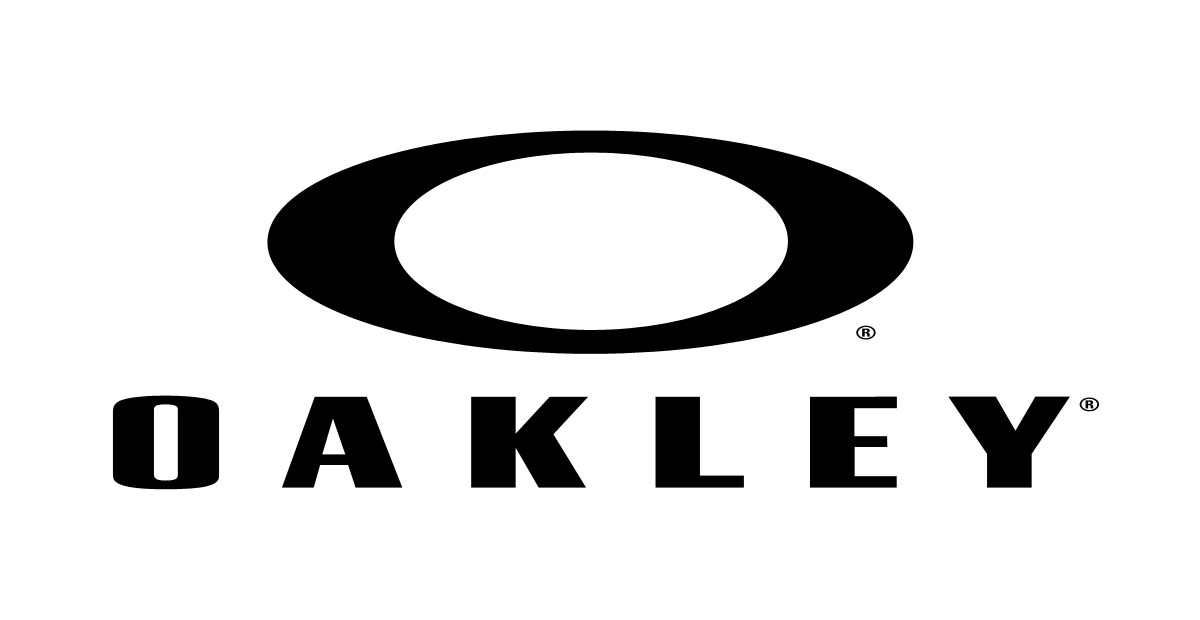 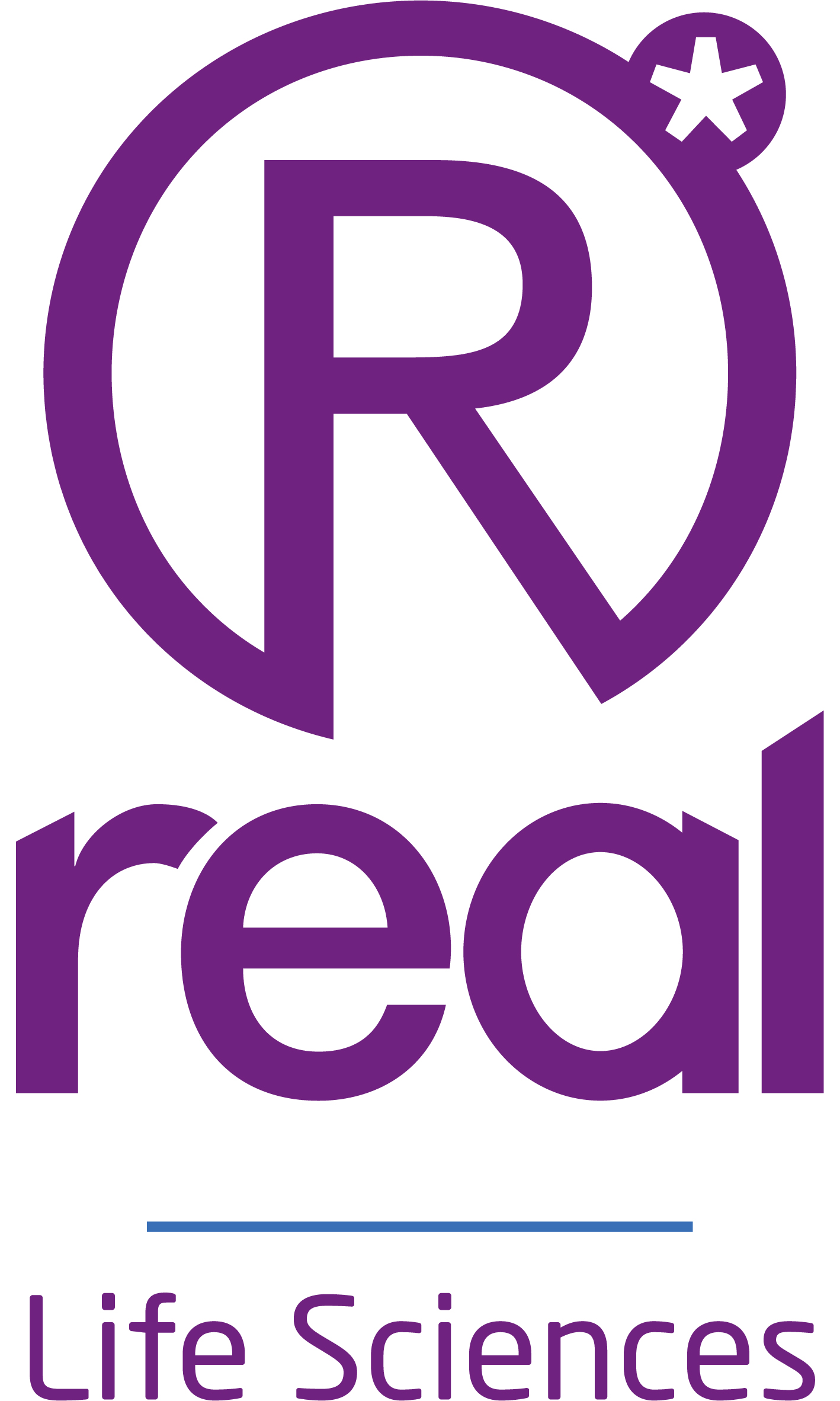 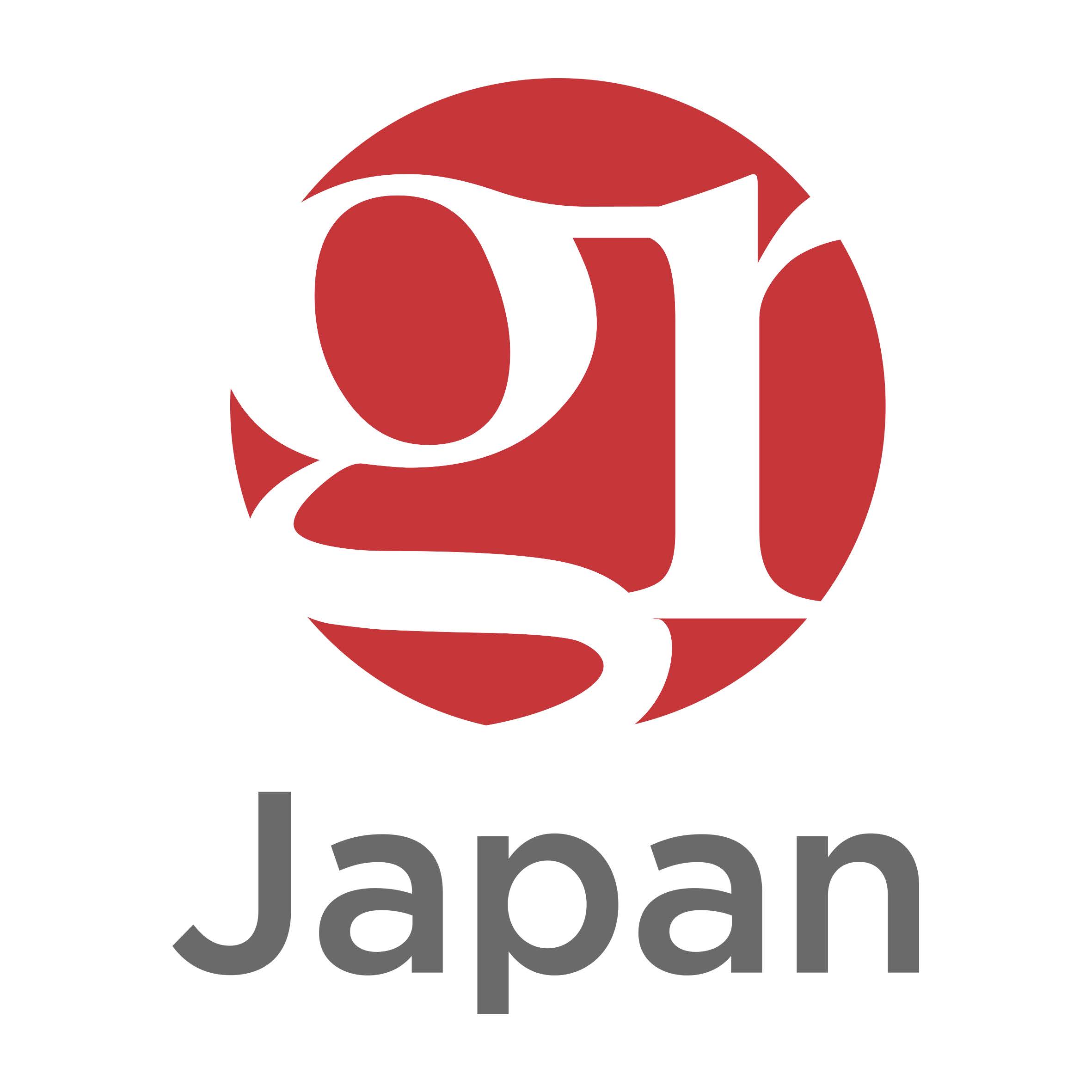 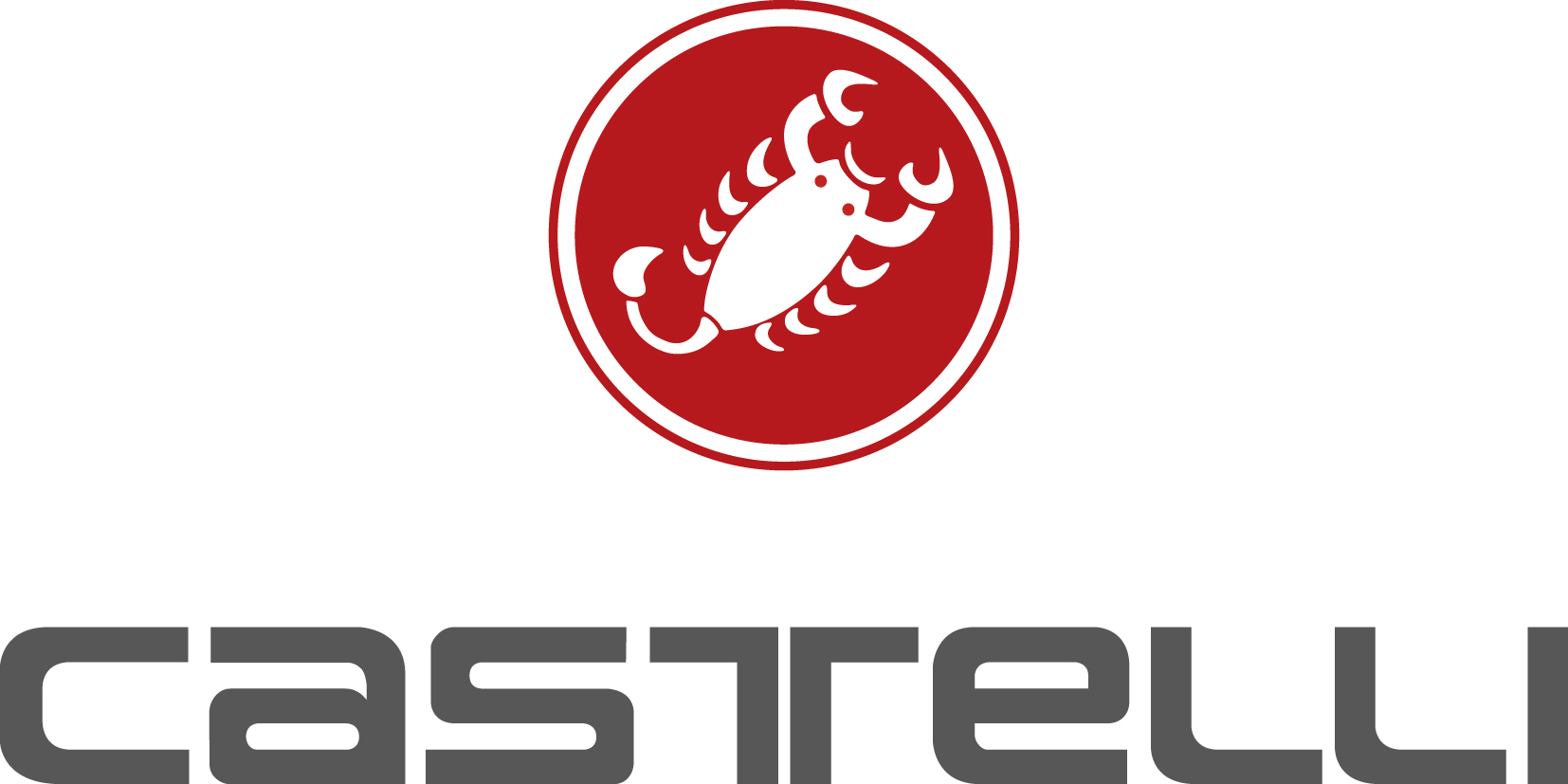 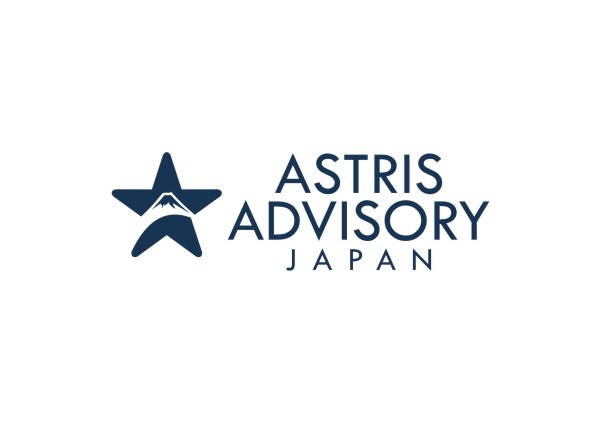 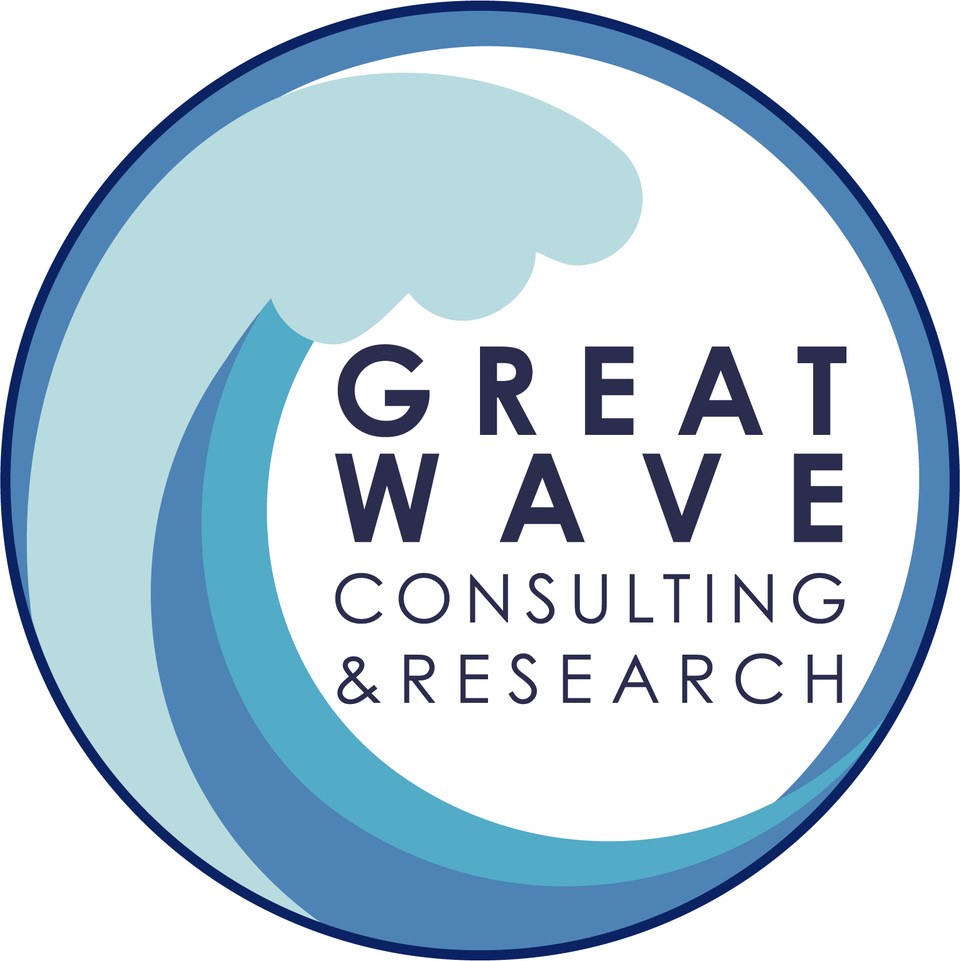